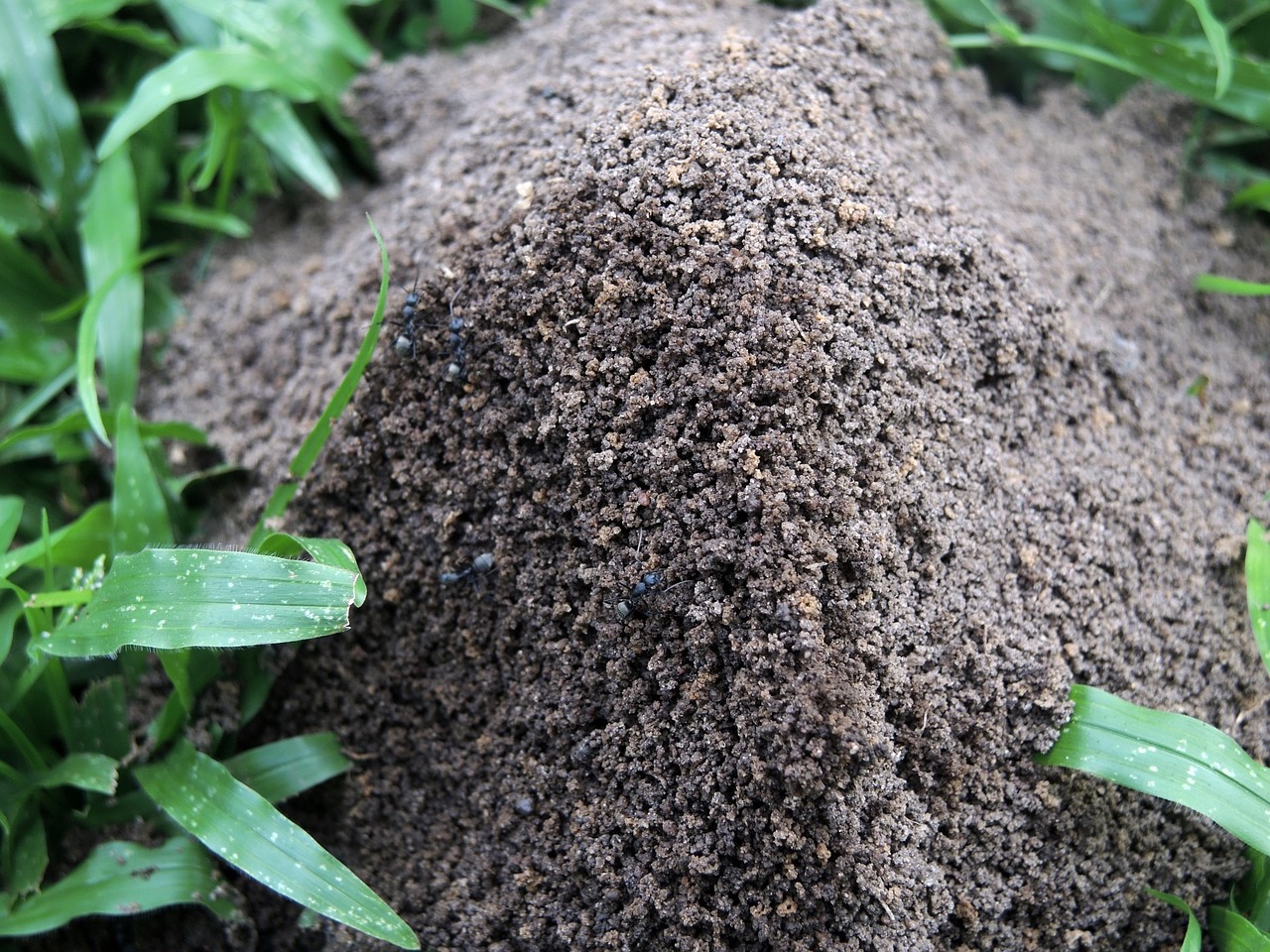 If you live in Tallahassee or any part of the Southeastern United States, you’ve likely experienced the wrath of fire ants. By the time you feel the first sting, you’ve probably had 10 more, and you know the pain can last for days.

We tend to refer to the marks that fire ants leave on our skin as “bites,” but that’s not entirely accurate. Fire ants do bite, but it’s not their bite that does harm. They only bite to anchor themselves as they strike your skin with their stingers, releasing venom. The stings usually leave blisters that last for a few days and can cause some victims to experience allergic reactions or even more serious consequences.

Ant mounds scattered throughout your property are not exactly visually appealing. That being said, fire ants do serve some beneficial purposes. Most notably, they also attack other insects that could be harmful to your garden and other vegetation. However, the downsides of fire ants far outweigh the upsides, and most people would choose to get rid of them. Here are a few different methods to consider when trying to eliminate fire ants.

The most obvious way to fight fire ants is with a chemical treatment or ant bait. These treatments are relatively inexpensive, easy to use, and easy to find – they can be purchased at almost any home or garden retailer. However, the problem often associated with chemical treatment is that its application could have an adverse effect on your yard or any other vegetation it comes in contact with. That being said, if you’re comfortable with using chemicals there are a few different methods to consider.

Spreading ant bait around infested areas is one of the most proven and effective ways to control the ant population. Ants are attracted to the bait, which is tiny granules that usually consist of boric acid or borax, mixed with sugar or syrup. Boric acid is found in several household products and generally isn’t harmful to people or pets unless a large amount is ingested. The idea behind this method is that ants will take the bait back to their colony and by way of transference, eventually kill off the entire colony.

For the most effective treatment, apply bait with a seed spreader when the ground is dry and no rain is expected for at least one to two days. You can do this whenever it’s warm, but you’ll have the most luck in the late summer or fall, when ants are searching for food to store for the winter. It could take several weeks, or even months, for ant bait to run its course.

If you have several ant mounds in a small area, drenching individual mounds with insecticide is a quick, straight-forward way to kill off colonies. Make sure you pour enough of the chemical directly onto the mound(s) and hope that it reaches the queen(s). This could have some effect on your grass or other vegetation that comes in contact with the chemicals. When purchasing, consult with a store associate if you’re unsure of what you need.

The biggest issue with using chemical treatment is what it could do to your yard or garden. So naturally, there are several home remedies said to help control the population of fire ants. Most of them aren’t hard to make or use, but figuring out whether they actually work or not can be the true chore.

Some of these remedies have reportedly been met with varying degrees of success or failure. According to the University of Florida IFAS Extension, pouring at least three gallons of boiling water onto a mound can eliminate between 20 and 60 percent of a colony’s population, including the queen. Unfortunately, applying the hot water may injure plants around the mound and will likely kill grass that comes in contact. The same researchers at UF say remedies such as pouring club soda into the mound or applying grits around the mound don’t work.

Dish soap, such as Dawn, and orange oil are believed to be effective, natural methods of fighting fire ant populations. According to organic gardening expert and contributor to the Dallas Morning News, Howard Garrett, a simple concentrate made of relatively easy-to-find household supplies does the trick. Mix the following ingredients together to make a six ounce concentrate:

Next, mix the concentrate with a gallon of water and pour or spray it directly into the hole at the top of the mound. This should cause the formula to run directly through the colony’s tunnels and hopefully reach the queen. Eliminating the queen is the key to killing off the entire colony. You may need to apply several treatments at once, and routinely treat mounds a few times a year.

There are several different methods used by researchers and self-proclaimed gardening experts alike. For the best results, you may want to consider mixing and matching different methods. Hopefully you find a method you’re comfortable with and one that fits your landscaping preferences. Check out our blog for more tips on creating and maintaining a top-notch lawn and garden. If you’re ready for other landscaping projects or lawn maintenance and need some help, contact us to request a free quote.

How to Water Your Lawn

Watering your lawn is essential to creating a healthy and beautiful yard, but to avoid…

Winning the War on Weeds

Which Grass Type Is Right for Your Lawn?

When it comes to choosing a grass type for your lawn, one size—or type—doesn’t necessarily…